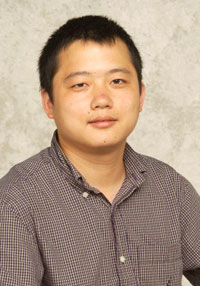 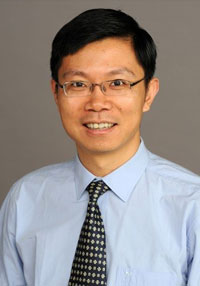 Ming Zhao is an associate professor of the School of Computing and Information Sciences (SCIS) at Florida International University (FIU), where he directs the research laboratory for Virtualized Infrastructures, Systems, and Applications (VISA). His research interests include virtualization, cloud computing, high-performance systems, and autonomic computing. He is also interested in the interdisciplinary studies that bridge computer systems research with other domains. His research has been funded by the National Science Foundation, the Department of Homeland Security, the Department of Defense, and several companies. He has authored and co-authored more than 50 journal and conference articles which have been cited over 1000 times. Zhao’s research outcomes have also been adopted by several production systems in the industry. He has received the National Science Foundation Faculty Early Career Development (CAREER) Award, the Air Force Visiting Faculty Fellowship, the Air Force Summer Faculty Fellowship, the VMware Faculty Award, the FIU SCIS Excellence in Student Mentoring Award, and the Best Paper Award of the IEEE International Conference on Autonomic Computing. He has been on the technical program committee of various conferences in the computing field, including ICAC, HPDC, HPCC, BigData, CCGrid and he is the program committee co-chair of the 2013 USENIX International Workshop on Feedback Computing. He received his bachelor’s and master’s degrees in automation from Tsinghua University, and his Ph.D. in Electrical and Computer Engineering from the University of Florida 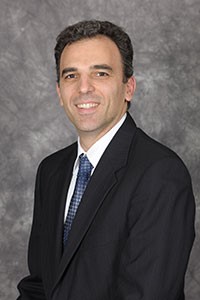 Stavros V. Georgakopoulos leads research funded by AFOSR, DoD and NSF, which is focused on the development of advanced antennas, RF systems and wireless technologies. He has also been awarded a grant by NSF’s Division on Emerging Frontiers in Research and Innovation which was co-funded by AFOSR. He received his M.S. in Electrical Engineering, and his Ph.D. in Electrical Engineering both from Arizona State University (ASU), Tempe, in 1998, and 2001, respectively. From 2001-2007 he held a principal engineer position at the research and development department of SV Microwave, which is a subsidiary of Amphenol Corporation, where he designed high reliability passive components for large DoD programs, such as the Joint Strike Fighter. Since 2007, he has been with the Department of Electrical and Computer Engineering, Florida International University where he is now associate professor. Georgakopoulos has published numerous papers in peer-reviewed journals and conferences. His papers have been cited more than 300 times. He currently serves as the associate editor of the IEEE Transactions on Antennas and Propagation and is a senior member of IEEE. He has also served the South Florida community by working through his funded project by Motorola Foundation with local elementary schools to encourage students to pursue STEM careers. 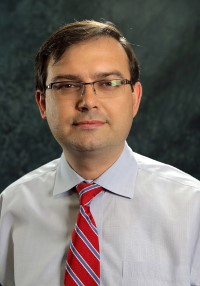 Nezih Pala is currently an associate professor at the Department of Electrical and Computer Engineering of Florida International University. He received his B.S. degree from Middle East Technical University in Ankara, Turkey in 1996 with honors, and his M.S. and Ph.D. degrees in Electrical Engineering from Rensselaer Polytechnic Institute, Troy, NY in 1999 and 2002, respectively. Prior to joining The FIU Department of Electrical and Computer Engineering, he worked as senior research scientist at Sensor Electronic Technology, Inc. and visiting scholar at Rensselaer Polytechnic Institute. His research interests include design, fabrication and characterization of nanoscale energy harvesting and storage systems, electronic and optoelectronic devices, plasmonics THz devices and applications particularly in biological and chemical sensing and free space optical communication (FSO). His research has been supported by NSF, the U.S. Army, the NIH, the Department of Energy, the EPA, and Florida Light & Power Inc. and internationally by Qatar National Research Fund. He is a recipient of an NSF CAREER Award. He has authored/coauthored more than 90 articles published in peer reviewed scientific journals and conferences. His paper on THz Plasmonic Detectors for Biodetection received the Paper of the Month Award in December 2008 from the journal Electronics Letters and another one received Best Paper Award of the MRS Fall 1999 meeting. He is a member of IEEE, The International Society for Optical Engineering (SPIE), Material Research Society (MRS), Eta Kappa Nu, Tau Beta Pi and Sigma Xi. He also serves on the organizing committees of the SPIE and IEEE Conferences. 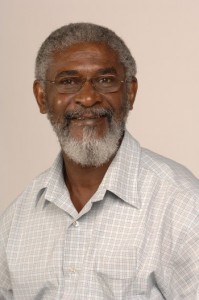 Mr. Joslyn Smith was appointed an instructor in the School of Computing and Information Sciences in August 1997. Mr. Smith began his teaching career in 1972 on graduating from the Mico Teacher’s College, Jamaica. In the pursuit of higher education, Mr. Smith later completed both the BS and MS degrees in Mathematics from Central Connecticut State University. On returning to Jamaica in 1982, Mr. Smith joined the staff at the University of the West Indies where taught Computer Science. Later he was awarded a one year program of study in Computer Science at Clarke University, MA. He re-joined the UWI was promoted to Assistant Lecturer in 1988. In 1991 Mr. Smith was awarded a Canadian scholarship to pursue a MS degree in Computer Science at the University of New Brunswick. On completing his study he resumed his appointment at UWI until July 1997. In the fall of 1997 Mr. Smith was appointed Instructor in the School of Computing and Information Science, where he offers instruction in Computer Science. During this period, Mr. Smith assisted in re-structuring the School’s programming sequence. He has keeps abreast of developments in the by attending several symposia and forums; he reviews manuscripts in Computer Science. Mr. Smith has been a judge in the annual High School Computer Science competition; and has been its director since 2011. Recently Mr. Smith has authored the textbook Computer Science Applications – Object Oriented Approach. 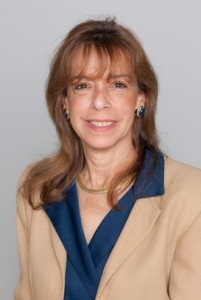 Carmen Schenck obtained her Bachelors and Masters of Science degree in Mechanical Engineering from our institution. She was the only Mechanical Engineering Advisor from late 1980’s until the end of 2012 with over 600 students. Now she is the primary advisor having the department more than 900 undergraduate students. Her job includes analysis of student’s records, insuring that they meet all prerequisites, that students take all required courses and meet any other graduation requirements. She also helps students by writing recommendation letters for practical training and jobs. She helps students complete financial aid requests and writes study plans for scholarship providers for new students. She prepares all paperwork to re-instate students, evaluates student graduation applications and helps with the scheduling of classes for 22 faculty members. As part of her advising duties she has attended all meetings related to advising, understanding new advising systems, new registration systems and advising Forums.
In the late-1990’s she was asked to help the department by teaching courses. Since then she has taught EGN1100, Intro to Engineering to very good-to-excellent reviews by students. Students consider her a premier advisor and teacher. She has received a Tau Beta Pi Certificate of Appreciation for her dedication and support of engineering students for the past 5 years. She has also participated in engineering discipline outreach work in the surrounding Miami-Dade County Public Schools and here at the College of Engineering and Computing’s Engineering Expo that occurs in February of each year. She is an important point of contact for newly arrived students to the Mechanical and Materials Engineering Program. 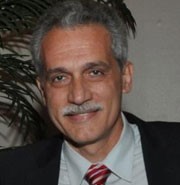 Dr. Andres Tremante was hired as part of the adjunct to instructor conversion program in 2010. Dr. Tremante received both his BS and MS in Mechanical Engineering (ME) from Simon Bolivar University in Venezuela, and his PhD from ENSAM in Paris, France. He remained there for post-doctoral studies in multi-phase flow and pumping. Presently he teaches courses in the fluid mechanics stem of the BSME program. Dr. Tremante began his stint at FIU working as a senior research scientist with the Applied Research Center before moving to the Mechanical and Materials Engineering Department in 2009. Prior to this he was Professor and Head of “The Mechanical Energy Conversion Laboratory” at Simon Bolivar University (Laboratorio de Conversión de Energía Mecánica. Universidad Simón Bolívar – USB) from 1992 to 2005 where his Undergraduate & Graduate courses and Research Areas included: Thermodynamics, Fluid Mechanics & Heat Transfer, Statics & Dynamics, Thermal & Hydraulic Turbomachines, Internal Combustion Engines, Energetic Systems, Hydro & Thermal Power Generation, Fossil & Renewable Energy, Oil Production & Multiphase Flow. In the recent past, he has been an editorial member of 23 journals and has published 25 papers in his area of expertise.