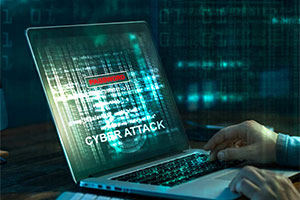 Competing among 16 top-ranked engineering programs in the country, FIU finished in 5th place in the Mitre eCTF (Embedded Capture the Flag) competition. Mitre is a not-for-profit organization that works in the public interest across federal, state and local governments, as well as industry and academia. The cybersecurity competition involves teams testing the integrity of embedded hardware devices by attempting to hack them.

The two-part competition, stretching from January until April 2021, first provided the student teams with a scenario to design secure protocol for embedded hard devices such as drones to prevent them from being hacked. The university designs were submitted to Mitre. The second part of the competition involved the hacking attempts of one team by another. The teams accumulated points based on the number of hacks or how long the team can go without being hacked.

In addition to FIU, students from Northeastern, Texas A&M, Worchester Polytechnic and Tufts, among many other universities, participated. Professor Alexander Perez-Pons explained “the team improved from last year among very challenging competition at exceptional universities.”

“Our attacks did very well in making the other teams’ designs malfunction, allowing us to capture their flags,” said FIU junior and Mitre intern Patrick O’Leary. “My takeaways from this competition include the knowledge gained in learning network security and cryptology and relationships built with this caliber of students.” Due to remote learning, this year’s eCTF utilized emulated hardware rather than physical devices. The remote meeting model, he added, done by group chat and Zoom because of the pandemic, made it easier to meet.

“I went into this competition knowing programming in only a few languages, some basic networking, and some Linux commands,” said Martin Alvarez, FIU junior and team lead. “I got the opportunity to learn about reverse engineering, several encryption algorithms, and how to defend against possible attacks.” He added, “I feel really fortunate to have worked with such driven teammates and that we were able to learn so much from each other.”

Both O’Leary and Alvarez are grateful for Professor Perez-Pons for building a relationship with Mitre so that FIU students can get exposure for their talents. “We wouldn’t have been able to succeed without him.”