Clothing is embroidered with designs and logos using a sewing machine and threads. Dieff Vital, an electrical and computer engineering doctoral student, is using the same sewing machine and conductive threads to embroider antennas and electronic circuits on regular clothing.

Why? Vital, a survivor of the catastrophic 2010 Haiti earthquake, is working on wearable antennas that will capture power to charge biosensors and help serve underserving communities to monitor their health without having to spend money at a hospital. For his research, Vital was one of 394 students and young professionals whose papers were selected from a worldwide pool of 783 applicants to attend the 2019 International Microwave Symposium.

Vital grew up in the small city of Torbeck in Haiti. He aspired to be an engineer and a surgeon, but quickly realized he wasn’t a fan of blood. Vital pursued an engineering degree at the State University of Haiti. On January 12, 2010, Haiti was struck with a devastating 7.0-magnitude earthquake. Approximately 250,000 lives were lost, including Vital’s older brother. The tragedy affected Vital immensely.

“I was not ready to lose my brother,” said Vital. “He wanted to become a priest.”

Two years later, Vital moved to the United States to start a new chapter. He attended Miami-Dade College and then transferred to Florida Polytechnic University, where he obtained a bachelor’s in mechanical engineering. In 2017, Vital began his doctoral studies at the College of Engineering & Computing’s RFCOM Lab, led by John Volakis, dean of the college. With the help of Volakis and Shubhendu Bhardwaj, assistant professor for the Department of Electrical and Computer Engineering and Vital’s major advisor, the team brainstormed power harvesting for wearable applications. 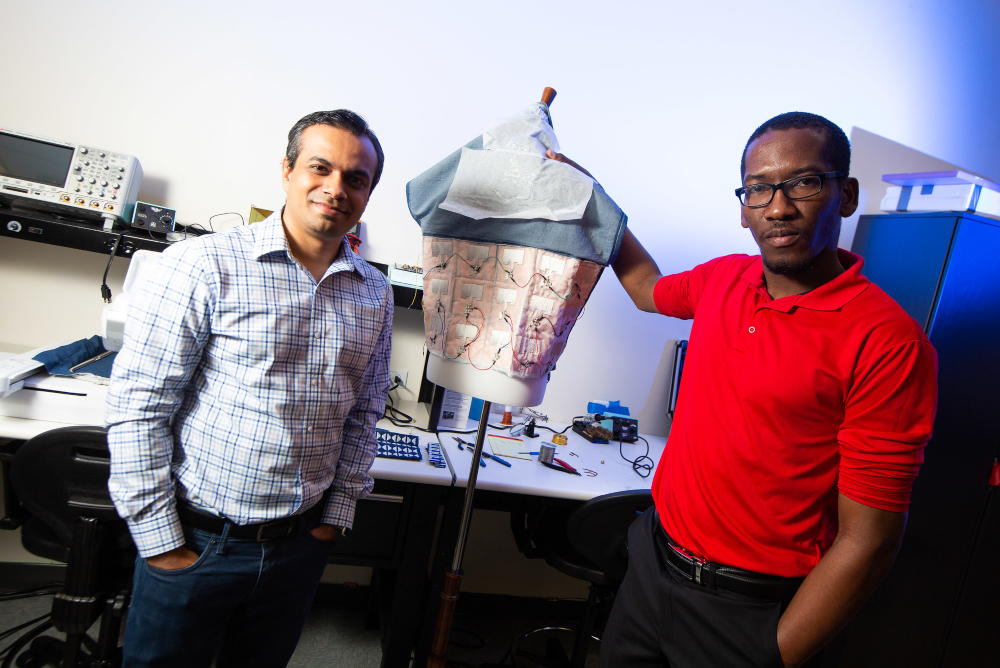