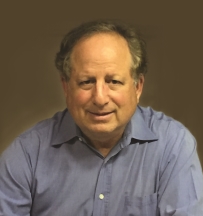 Co-Founder, President and CEO of Innovia, Leonard Pinchuk, will deliver the Induction to the Profession keynote address for the FIU College of Engineering and Computing. The induction will take place at 3:00 p.m. on December 14 at the Graham Center Ballrooms, Modesto A. Maidique Campus.

As an inventor with a background in Chemistry, Engineering and Medicine, Dr. Pinchuk initiates and oversees all projects, and also provides substantial product and process development input. In addition, Dr. Pinchuk secures and manages the necessary funding for the companies and interacts with the biomedical community, including both industry and academia, to achieve Innovia’s goal of producing medical devices previously unattainable with conventional biomaterials.

A member of the National Academy of Engineering, Dr. Pinchuk is a world-renowned expert in the field of biomaterials and medical devices with over 80 patents in this area. His accomplishments include the invention of the nylon angioplasty balloon, which has now become the world’s most popular angioplasty balloon, marketed by Cordis Corporation, Boston Scientific Corporation (“BSC”), and Guidant Corporation; a flexible coronary stent; the family of polycarbonate urethane biomaterials for implantation applications; and polyurethane-based vascular grafts and stent-grafts, including the first modular bifurcated stent-graft for treating abdominal aortic aneurysms. Although some of these innovations have achieved very significant market acceptance, his most notable achievement has been the development of a novel family of biocompatible elastomeric copolymers that demonstrate superior biostability and compatibility in the vasculature as well as in other organs and tissues of the body.

Dr. Pinchuk has maintained a close relationship with our college by serving on the Biomedical Engineering Department Advisory Board and his company has sponsored senior design projects for the department several times. Dr. Pinchuk’s extensive work in the industry and the community has earned him many prestigious awards, including the 2008 Greater Miami Chamber of Commerce Healthcare Heroes Award.