Alumnus’ company looks to change the nature of space transportation 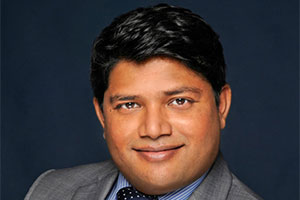 Pradeep Shinde MS ’09, Ph.D ’16 has a company that could change the entire space travel industry.

Right now, there is only one proven way of transporting astronauts, satellites and cargo through Earth’s atmosphere: rocketry. Through his company, SpaceLoon (Space Balloon Technologies), Shinde is exploring an option he thinks can revolutionize communication, meteorology and space travel itself.

“We have very minimal access to space. The main reason for that is it is very expensive to reach,” Shinde says.

It would be much less expensive to use a balloon, says Shinde, and he is not alone in thinking that. For centuries, people have experimented with sending balloons to explore the air and space above. Yet winds and changing air pressure make it difficult.

The highest recorded altitude of a balloon was set in 2013 by the Japan Aerospace Exploration Agency when an unmanned balloon reached 53 kilometers. Shinde is trying to build one that can fly higher.