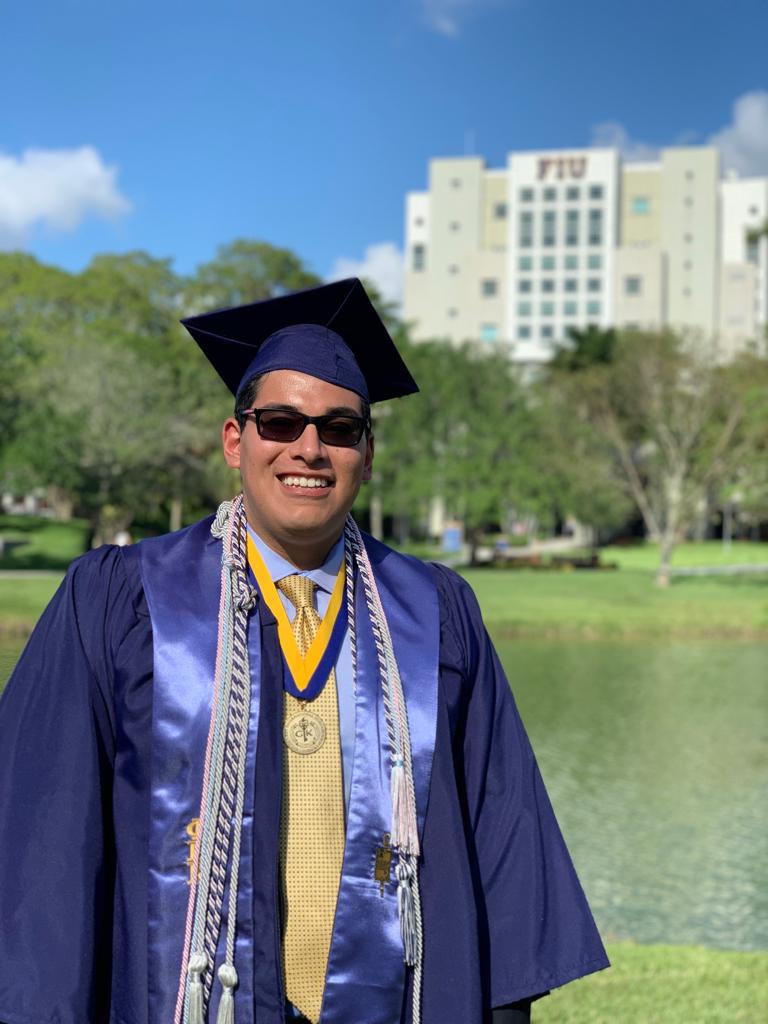 Growing up, William Baldarrago, Jr. was the kid who’d bounce off the walls, interrupt other students and his teachers and struggle with paying attention in class. In the third grade, Baldarrago was diagnosed with ADHD (Attention-Deficit/Hyperactivity Disorder). From his childhood through adulthood, Baldarrago had the support of his mom, who was on the path to becoming a doctor, but put her studies on hold, to help her son succeed.

With his parents’ help, Baldarrago pursued a degree in psychology to further study the causes of ADHD and graduated this past spring with his bachelor’s degree. However, during his junior year of college, a cybersecurity bug piqued his interest in researching the psychology that goes behind the cyber world.

According to the International Information System Security Certification Consortium’s 2017 Global Information Security Workforce Study, more than 1.8 million cybersecurity professionals will be needed to accommodate the predicted global shortfall by 2022. This is one of the reasons Baldarrago is considering a graduate degree in cybersecurity.

A few weeks prior to his graduation, Baldarrago was introduced to Selcuk Uluagac, assistant professor from FIU’s Department of Electrical and Computer Engineering, whose main areas of research include cybersecurity, cyber-physical systems and Internet of Things (IoT). Uluagac informed Baldarrago about a cybersecurity conference taking place in South Florida – the 12th Annual Association for Computing Machinery Conference on Security and Privacy 2019 (ACM WiSec), hosted by the College of Engineering & Computing and the Steven J. Green School of International & Public Affairs.

Baldarrago was awarded a student travel grant, generously supported by the U.S. Army Combat Capabilities Development Command’s Army Research Laboratory, through its Army Research Office, to attend the ACM WiSec Conference. Undergraduate students from under-represented groups who were attending the conference for the first time were encouraged to apply to the travel grant. Baldarrago fit the criteria.

“It was a great experience,” said Baldarrago. “I helped Dr. Uluagac with registering guests and I was exposed to different research projects from around the world.” Baldarrago also got to see a student’s research project on the consequences of computer users’ typical behaviors and another project on how someone hacked into an iPhone interface using a default password Apple recommends. 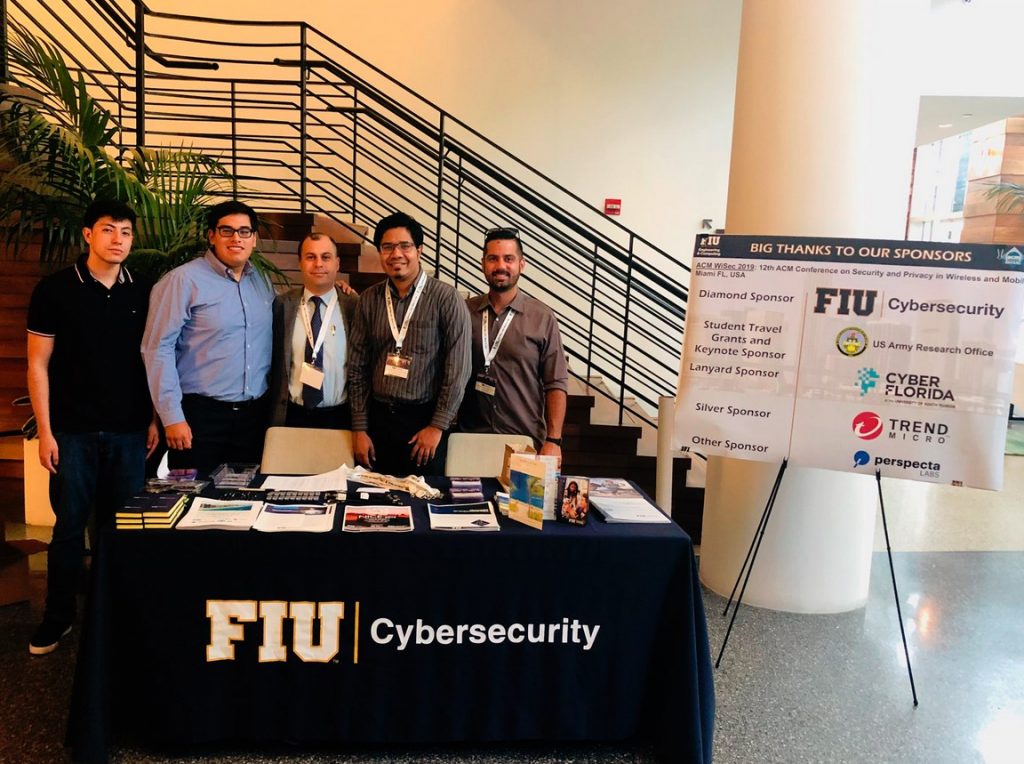 The ACM Conference is dedicated to the security and privacy of IoT, wireless and mobile networks and their applications, usable security and privacy, biometrics and cyber-physical systems. At the event, industry professionals, government officials and academics got to witness papers and posters from 40 different institutions worldwide, a tutorial on 5G security, a workshop on wireless security and machine learning, a panel on federal funding opportunities in security and privacy and keynote speakers from top security researchers.

Through the Jack D. Gordon Institute for Public Policy, within the Green School, and in partnership with FIU’s Division of Information Technology, College of Business, College of Engineering & Computing, College of Law and StartUp FIU, Baldarrago acquired the certificate in cybersecurity fundamentals after a six-week program, spearheaded by Brian Fonseca, director of the Gordon Institute.

The six-week program consisted of one course per week on a different topic and for each course completed, Baldarrago received badges. “The first week’s topic was on cyber ‘hygiene’,” said Baldarrago. “It emphasized the importance of your online presence, primarily on how potential employers see you.” This topic interested Baldarrago, since for one year, he studied the role of social media in radicalization and how extremist groups use social media to recruit members. In addition to the cybersecurity fundamentals certificate, Baldarrago also became certified in social media and e-marketing analytics and national security studies.

The student travel award to attend the ACM WiSec Conference was the result of a team effort from faculty members of the Department of Electrical and Computer Engineering and the School of Computing and Information Sciences, including Mohammad Ashiq Rahman, principal investigator and co-principal investigators, Uluagac, Kemal Akkaya and Alex Afanasyev. The travel grant was not only awarded to Baldarrago. It was also awarded to Mireya Jurado, a computer science doctoral student; David Gil, an electrical and computer undergraduate student; Jeffery Wilson, an anthropology doctoral student and Md Hasan Shahriar, an electrical and computer engineering doctoral student.

As for what’s next for Baldarrago, he currently plans on gaining experience in the workforce by working as a consultant and hopes to combine his passion for psychology, cybersecurity and social media all into one. As for his mom, she’s been studying for more than a year now to continue her studies in the medical field.