Taking STEM careers out for a spin

Emma Odenweller is ready to be a scientist. Kevin Castillo wants to use his talent for teaching science to inspire youngsters. Ariana Bueno has her sights set on space exploration. Their sparks for STEM were ignited by various experiences made possible by FIU.

Sarasota-native Odenweller is a marine sciences major finishing up her junior year. She wants to make an impact on the environment and has gotten a great taste of what it will take to rise in her field. She participated in a career exploration program that had her outside studying environmental issues that impact aquatic ecosystems in South Florida while also learning to write research papers and communicate complex information to the general public. Experiential learning at its best.

“I feel I am now ready to take on the world as a scientist,” Odenweller said. “I have a pretty good idea about what a job as a researcher entails, and I am confident in my abilities to do well as a scientist.”

Ariana Bueno is double majoring in mechanical engineering and physics. The first major was always part of her plan. The second was an unexpected turn of events after her own experiential learning. Read more on FIU NEWS. 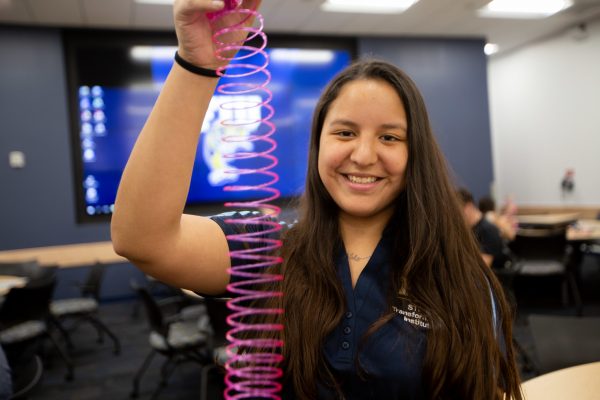