Got my first job! Working for Intel

Hometown: I was born in the state of Uttar Pradesh in India. I was raised in various cities in India and the United States.

Degree/major: I earned my bachelor’s and master’s degrees in physics and another master’s in microelectronics in India. I joined FIU in 2012 to pursue a doctoral degree in electrical engineering. I graduated from FIU in December 2016.

Where are you working? Title? I work at Intel as a technology development process engineer.

How did you get your job? Intel recruiters had visited FIU in February 2016. I took this chance to interact with them and present them with my resume. I was selected for an on-campus interview which led to an onsite interview. I was offered the job; however, I wasn’t finished with my doctoral degree. I joined Intel in 2017 once I graduated from FIU.
Read More on FIU NEWS. 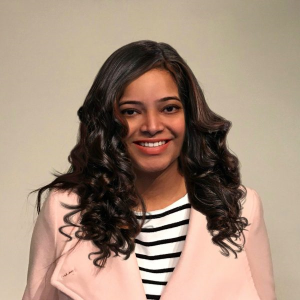