FIU has grown its patent production by 650 percent seemingly overnight. In the years 2014 and 2015, university researchers earned a total of eight patents. In 2016 and 2017, the two-year total catapulted to 60 patents. The university’s rapid turnaround began five years ago when an established researcher with a mind for inventing ascended to provost.

Professor Stavros Georgakopoulos (pictured below) exemplifies FIU’s inventing culture. The College of Engineering and Computing faculty member started with a novel idea: integrate the principles of the ancient art of origami into the production of electronics to create the ultimate portable, space-efficient technology. The Air Force saw the invention’s potential and granted him $4.8 million to establish the Transforming Antennas Center. Now, Georgakopoulos’ research is pushing wireless communication into the future. 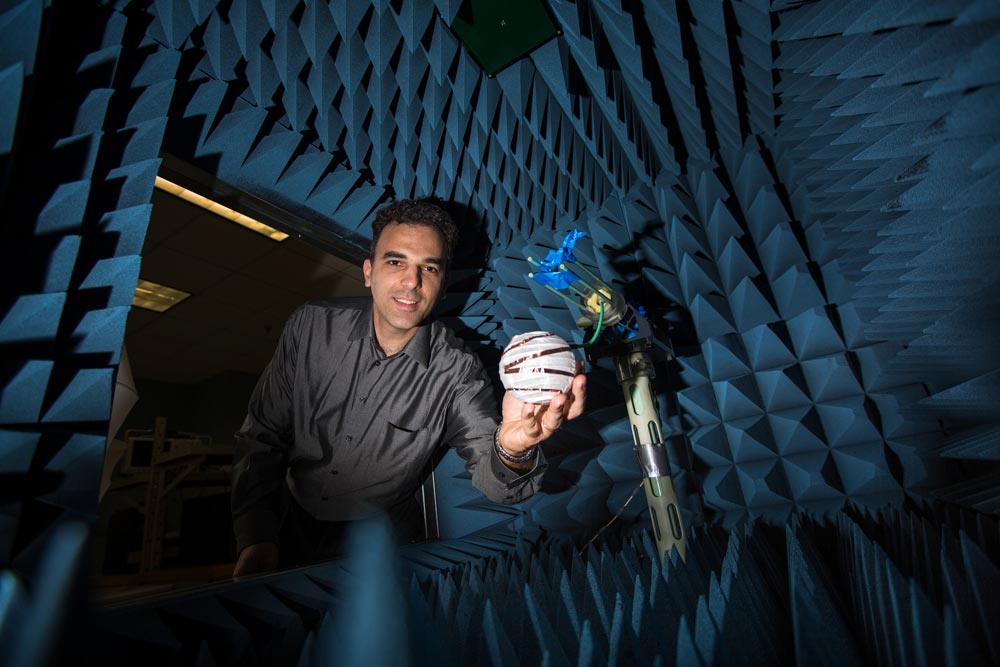