Mark Weiss, Associate Dean of the College of Engineering and Computing and Interim Director of SUCCEED, has been named the 2018 recipient of the prestigious IEEE Education Society William E. Sayle Award for “contributions to the advancement of Computer Science education through his books and curricular innovations that have enhanced student learning for both high school and college students.”  This is the signature award from the IEEE Education Society, presented to one individual annually. Previous recipients include nine NAE members. 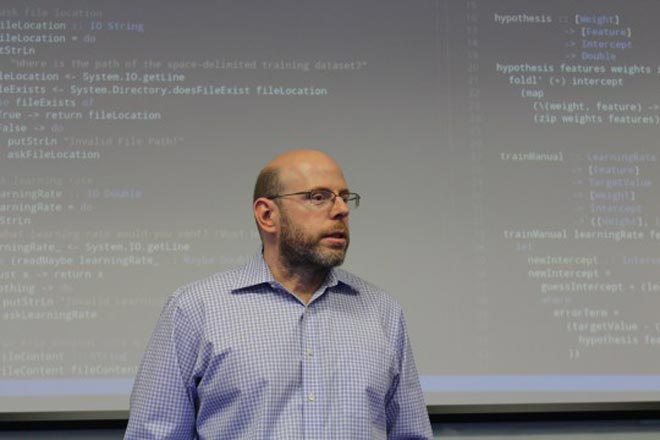 Professor Weiss is most well-known as the author of nine textbooks in 20 US editions. His first text, “Data Structures and Algorithm Analysis” published in 1991, along with subsequent versions in C, Ada, C++, and Java, have been market leaders for two decades. Dr. Weiss served on the Ad-Hoc Committee that advised the College Board on how to incorporate C++ into the Advanced Placement Exam. He also served as a member of the College Board’s Advanced Placement Computer Science Development Committee, including a four-year term as chair. During this time, the College Board redesigned the Advanced Placement curriculum twice, first from Pascal to C++, and then from C++ to Java. In recent years, Dr. Weiss has been the FIU lead in securing over ten million dollars of external funding for FIU’s Information Technology related programs. Prof. Weiss was previously recognized with the IEEE Computer Society Taylor L. Booth Education Award and the ACM SIGCSE Award for Outstanding Contribution to Computer Science Education.

The William E. Sayle award will be presented on October 5 at the Frontiers in Education conference in San Jose.