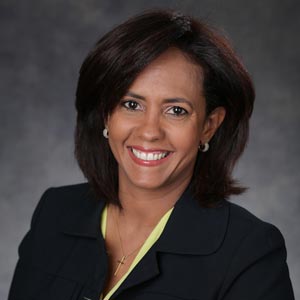 Patricia Bonilla is owner and President of Lunacon Construction Group, a business built on core values of integrity, courage, resourcefulness, excellence and a strong work ethic. A Civil Engineer with a Masters in Construction Management from FIU, her early career began as a project manager, then head of the City of Fort Lauderdale’s Construction Management Division. Patricia took a leap of faith in 2007 and began her own company in her garage. She is committed to a small business entrepreneurial agenda with government-based construction projects. Clients include the U.S. Air Force, U.S. Department of Agriculture, Broward College, FIU and Miami Dade College. Lunacon currently manages commercial projects in excess of $400 million with 45 employees operating in Florida, across the Southeast and Midwest; Virginia, Missouri and Seattle.

Patricia has received many honors for her success. She was recognized as the 2012 Woman-Owned Contractor of the Year, 2014 Florida Small Business Association Minority Owned Small Business Person of the Year, 2016 GMCC South Florida Good to Great Award, and the 2017 Excellence in Construction Award. she is an invited speaker on Diversity and Inclusion at many national conferences.

Ms. Bonilla is married and mother of three young adults.