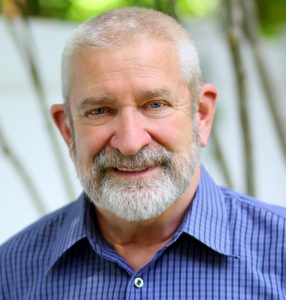 Mike Morris is president of SpectrEcology, a high tech company that manufactures and distributes products and applications for optical sensing technology. Currently, he is working on both the deployment of spectrometers for precision agriculture & aqua-culture, and the development of miniature fiber optic oxygen sensors for monitoring the breathing in premature infants.

Previously, Mike founded Ocean Optics in Dunedin, Florida which he developed from his prior company pHish Doctor, a manufacturer of pH sensors for the home aquarium market. He is now a distributor for
Ocean Optics and is also a member of its Board of Directors.

In his tenure at Ocean Optics, Morris directed the development of more than 2000 new products, including spectrometers that are currently on the Mars Rover. He helped grow company sales from zero to an annual rate of over $50 million, and he assembled a highly skilled workforce that has grown from a handful of pioneers in a garage-floor operation to more than 300 employees at five locations worldwide.

An oceanographer by training and entrepreneur by nature, Morris has nearly 30 years of experience in the design, manufacture and marketing of technology-related products and services. He began his career as a sales representative for laboratory products supplier Fisher Scientific. Later, he earned a master’s degree in Marine Science from the University of South
Florida, where the seeds of what would become Ocean Optics were sown.

Mike is active on several boards including Outstretched Hands Ministries and the Academic Advisory Board of the FIU Biomedical Engineering Department. Learn more about SpectrEcology.