The research on wireless brain stimulation by the group of Professor Khizroev at FIU was included in the list of top 100 Science Stories of Year 2015 by Discover Magazine.

The top stories were selected from hundreds of thousands of peer-reviewed articles published in scientific magazines in all STEM disciplines including mathematics, physics, chemistry, biology, paleontology, anthropology, and many others in 2015.  The story #48 titled “Remote controlled brain” was dedicated to work by two independent teams, FIU and MIT, respectively. The two teams offered two alternative approaches to remotely control the brain. 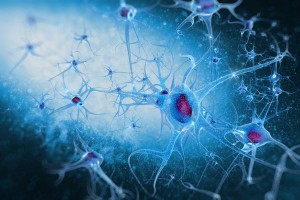 The human brain, containing close to 80bln neurons, is a very complex and elegant electric circuit. Understanding the brain, the human central processing unit (CPU), holds the key to unlocking the mind-boggling possibilities of reverse-engineering the brain as well as paves a way to enabling the ultimate precision medicine to enable treatment of neurodegenerative diseases such as Parkinson’s and Alzheimer’s diseases and Autism.

One of the biggest scientific challenges is to map electric fields deep in the brain. Because of the strong electric field interference, the only way to electrically connect to the brain would be by physically attaching 80bln wires to the brain. Of course, this wouldn’t be acceptable.

To overcome the problem, the FIU team has invented a special nanotechnology which allowed wireless connect to each neuron. According to this nanotechnology, special magnetoelectric nanoparticles (MENs) were systemically administrated through an intravenous (IV) injection and then navigated across the blood-brain barrier (BBB) into the brain. With MENs in the brain, an external magnetic field, which could easily go through the brain without any destructive interference, could be converted into local electric fields and thus provide the desired connection to each individual neuron.

Click here to read the article in January/February 2015 issue of Discovery Magazine.