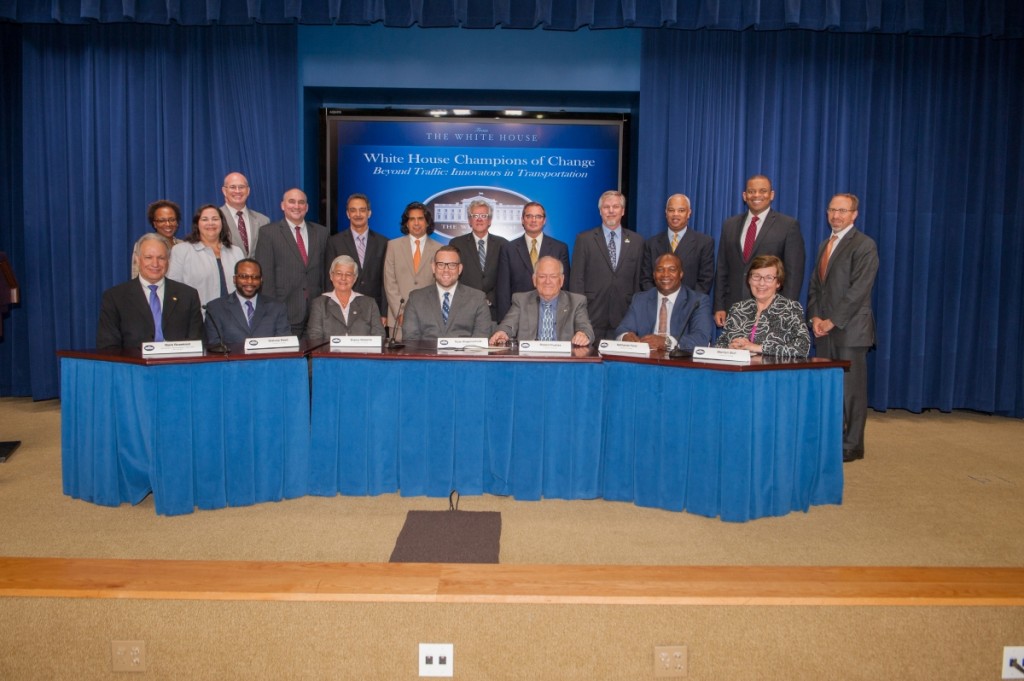 The White House and the U.S. Department of Transportation honored Atorod Azizinamini, chair of the Department of Civil and Environmental Engineering at the College of Engineering and Computing, Oct. 13 for his cutting-edge innovations in short-span bridge technology. White House Champions of Change, focused on “Beyond Traffic: Innovators in Transportation for the Future,” recognized 11 champions, including Azizinamini, as innovators in transportation and growing the American economy.

“At FIU, we are providing efficient and economical solutions for the many challenges we face with our bridges and infrastructure,” Azizinamini said. “Being named a Champion of Change is recognition of the impact that we have had.”

As director of the Accelerated Bridge Construction University Transportation Center (ABC-UTC) at FIU, Azizinamini developed the Folded Steel Plate Girder (FSPG) Bridge System in 2009, which has proved to provide an economical steel bridge alternative for short span bridges. FSPG is a rapid alternative to replacing short span bridges with minimal impact to traffic and mobility.

Azizinamini’s system has greater cost effectiveness and durability as well. Although the FSPG bridge system is five percent more expensive than those made of standard concrete, they are expected to have double the lifespan.