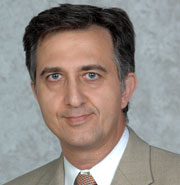 Today, engineering is rightfully seen as the backbone of creativity, innovation and entrepreneurship —and tied directly to the nation’s economic well-being and security. Yet, the number of engineering graduates in the United States has remained stagnant for two decades — indicating a decreasing interest to pursue engineering careers, now at a level of magnitude lower than looming technology powerhouses, China and India. As engineering schools are challenged to find better ways to motivate the next generation of engineers who will take on the grand challenges that society faces, those who will “out-innovate, out-education and out-build the rest of the world,” they must also address a rapidly changing demographic. Under-represented minority groups have traditionally accounted for less than 13% of engineering graduates. However, approximately 75% of children born within the next 20 years will be of a diverse race. The demographic shift makes broadening participation not just an idealistic goal but also the only means to secure the future of engineering profession and to create a sustainable technological source of job multipliers in the country.

Four engineering deans representing a broad cross section of the country — Amir Mirmiran of Florida International University in Miami, Richard Schoephoerster of the University of Texas at El Paso, Keith Moo-Young from California State University at Los Angeles and Peter Kilpatrick from the University of Notre Dame in South Bend, Ind. — held a congressional briefing on September 12, 2012, on Capitol Hill sponsored by Frederica Wilson, D-Fla.; Silvestre Reyes, D-Texas; Mario Diaz-Balart, R-Fla.; and Judy Chu, D-Calif. The briefing was also supported by the National Action Council for Minorities in Engineering and the Great Minds in STEM. The focus of the briefing was a report from an NSF-sponsored workshop on “Building Partnerships and Pathways to Address the Foundational Grand Challenge for Engineering Education — Concrete Steps toward Broadening Participation,” held in Miami in March 2012.

The engineering deans set a bold target of increasing the percentage of under-represented minorities graduating with an engineering degree from its current 12.4% to 20% by 2025. They also issued an urgent call for action on a number of key recommendations, including a GI bill for science, technology, engineering and mathematics students in which new funding models would be created to enable under-represented minorities to pursue engineering degrees. Another recommendation was the introduction of engineering professionals in K-16 teaching and mentoring. This interaction with professionals working in specific fields would, similar to the engineering-centric Teach for America program, inspire youngsters to explore careers in engineering. The report also recommended the transformation of engineering education in universities by broadening curriculum, including a balanced treatment of non-technical skills and a shift to active, project-based, experiential learning. Internship programs through partnership with industry were also recommended. Internships serve as an efficient retention tool for engineering schools, a mechanism to enrich the curricula and a means to improve readiness of the engineering workforce.

The deans called for all stakeholders to take ownership of the engineering workforce challenge of the century. A strong emphasis was placed on public-private partnerships and the importance of close relationship with industry, research universities, community colleges and school districts. The briefing culminated in a proposal to establish a consortium of Minority-Serving Engineering and Technology Programs at Urban, Public Universities that will become a national model for increasing the capacity and quality of infrastructure at public, urban, minority-serving and historically black colleges and universities for the education of engineers in the 21st century.